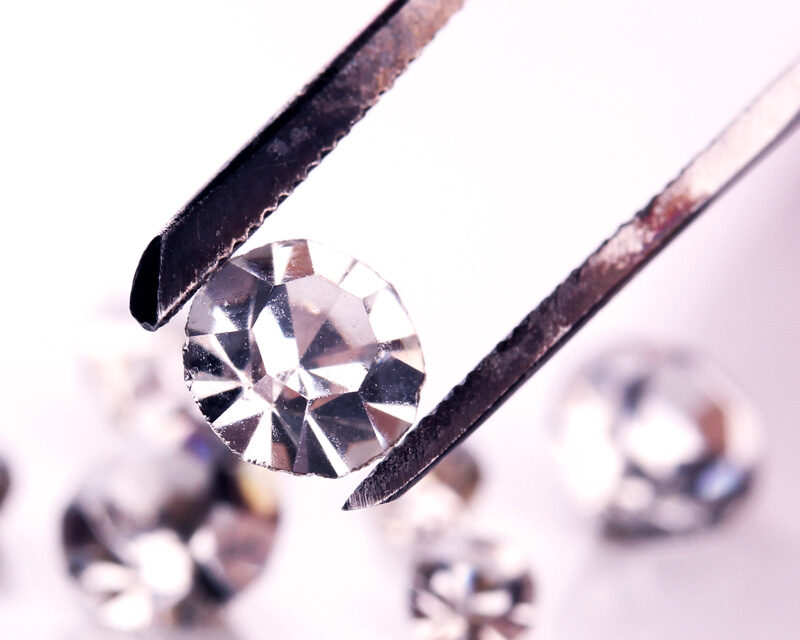 DIAMONDS. The most sought-after precious gemstone for more than 2000 years.
Their beauty, radiance and strength continues to be unmatched.

Unconquerable is the diamond’s very essence and within it’s very name, from the Greek adamas and the Roman diamas, resisting even fire and steel, they seem truly, invincible.

Clarity: Diamond clarity is internationally recognized as the symbol for love, commitment, betrothal, faithfulness as well as continuous love in marriage, eternal love.

Strength: The Diamond’s indestructibleness is thought to provide fortitude, strength of mind as well as physical strength, bravery and courage.

Brilliance: The Diamond’s quality of reflecting light is symbolic of life, purity and perfection, having the ability to cut through to truth.

Diamonds were originally discovered in the Northern part of India over 2000 years ago in riverbed deposits of sand and gravel. These are said to be the earliest diamonds ever found and have been formed over thousands of years. Later, there were two mines discovered slightly south in the Golcona region of India which are important and impressive source of the world’s precious gemstone. “A majority of these early stones were transported along the network of trade routes that connected India and China, commonly known as the Silk Road.” (5) During Marco Polo’s travels in 1292, he had heard tales of these diamonds almost impossible to access due to no water, extreme heat and venomous snakes found deep in the mountains valleys.

Trading expanded and “Indian diamonds found their way, along with other exotic merchandise, to Western Europe in the caravans that traveled to Venice’s medieval markets. By the 1400s, diamonds were becoming fashionable accessories for Europe’s elite.” (6) Diamond resources in India began to decline in the early 1700’s.

In the 1720’s, Diamonds were discovered in Brazil in the pans of gold miners and dominated the diamond market for 150 years. During this time, where diamonds were usually only accessible by the ruling class, events such as the French Revolution and changes in the distribution of wealth, such as increased affluence in the Western Europe and United States, resulted in a higher demand for diamonds. In the 1800’s explorers discovered the diamond deposits of South Africa where the modern diamond market began.

Specifically, in 1866 Kimberly, South Africa was the diamond hotspot when Nicolaas and Diederick de Beer discovered diamonds on their farm and where two mines were dug, the Kimberley and the De Beer.  By 1900, South African mines dominated 90% of the world’s diamond market.

Russia, another diamond hotspot, discovered diamonds as early as 1829 in the Ural Mountains and more officially in 1855 in the Siberian wilderness, Tsarnica, which revealed two of the world’s largest kimberlite deposits.

Diamond mining changed at this time as well. Previously, in India and Brazil, diamonds were collected from the surface of the earth in alluvial deposits, material deposited by rivers, as opposed to the deeper mining that took place in Africa. This mining change lead to more efficient mining techniques, more marketing and enhanced cutting and polishing of the precious gems.

In the 1970’s, diamonds mining expanded to Zaire (Democratic Republic of Congo). In the 1980’s Botswana made a profound impact in the diamond industry. In 1985, diamonds were found in Australia and in 2000 Northern Canada was added to the list with two diamond mines. Notably, the Canadian Ekati and Diavik mines are known for their ethical mining practices.

Currently, the top five countries and companies known for diamond mining in the world are:

Engagement rings became a tradition in Ancient Rome as a symbol of love and faithfulness as well as business contract. Rings were made of flint and bone, later copper, silver and gold in the 2nd Century. Interestingly, Tiffany & Co. initiated the concept of the diamond engagement ring which has become today’s widely practiced tradition. Two of Tiffany and Co.’s diamond suppliers are Russia and Canada. 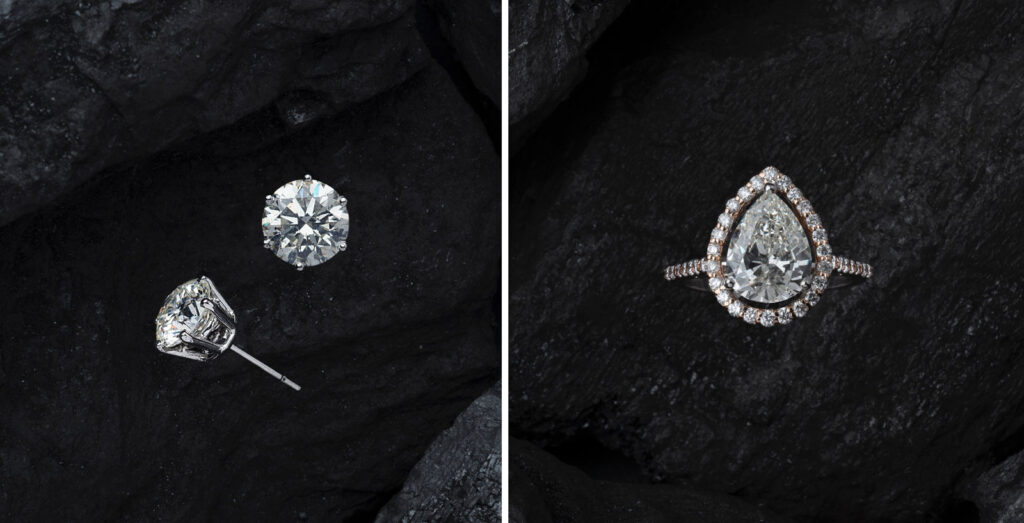 “A Diamond is a chunk of coal that did well under pressure.”

Carbon. The element present in all living things, under the perfect conditions of extreme heat, pressure, chemicals, time and space, crystalized and became a diamond millions of years ago. Diamonds are classified as Native Elements comprising of “single elements which occur uncombined in nature.” (8) Diamonds come in many colours and shapes.

The Mohs Hardness Scale – developed by Friedrich Mohs – tests the hardness of minerals by means of the scratch test. Diamonds rated the highest at 10 meaning no other mineral was able to scratch a diamond except for another diamond. The strong crystal lattice composed of tightly packed carbon atoms makes the diamond the strongest mineral.

Interestingly, gray and opaque graphite – used to make pencils – is one of the softest minerals yet is identical to a diamond’s clear and brilliant chemical structure. So how do they differ so vastly? The arrangement, structure and symmetry of the atoms. “The atoms inside the diamond crystal bend and reflect light, giving the gem its sparkle.” (7)

Diamonds are valued based on a variety of criteria. Visit our site to discover the Four C’s of diamonds.

“Better a diamond with a flaw than a perfect pebble.”

Given the unique qualities of diamonds, even the ‘low quality’ diamonds have value within several industries. Their hardness makes them useful for cutting other hard materials and are used in drills to cut rock or metal. Diamonds are used for polishing industrial materials and may even be found in dentists tools! Diamonds are used to cut and polish other diamonds.

Diamond needles (stylus) are used on record players and with DJ equipment delivering high quality musical sound given its ability to vibrate at high speeds due to its strength. This vibration tolerance quality makes diamonds useful in high end speakers as well.

Diamonds are also making their way into the fields of health and technology. Chemotherapy treatments are improved with the presence of nanodiamonds and diamonds may show promise to aid the visually impaired.  Heat resistance is proving valuable in replacing silicon with diamonds in computer.

This truly remarkable precious gem continues to demonstrate its intrinsic value and usefulness across time, space and purpose. 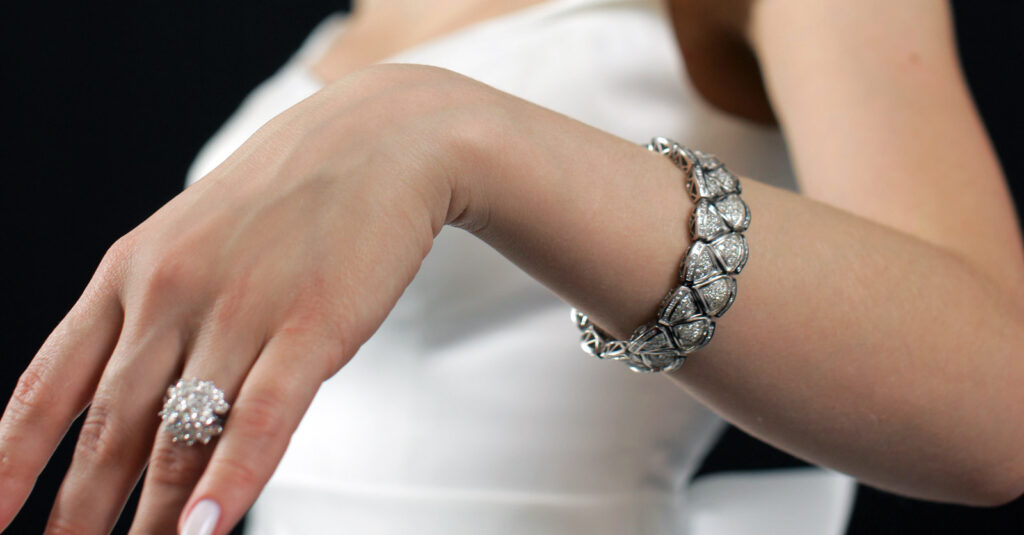 “Praise, like gold and diamonds, owes its value only to its scarcity.”