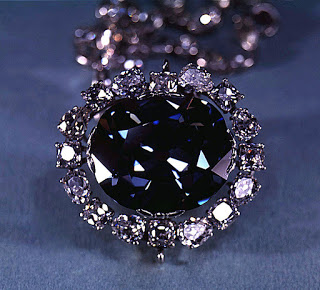 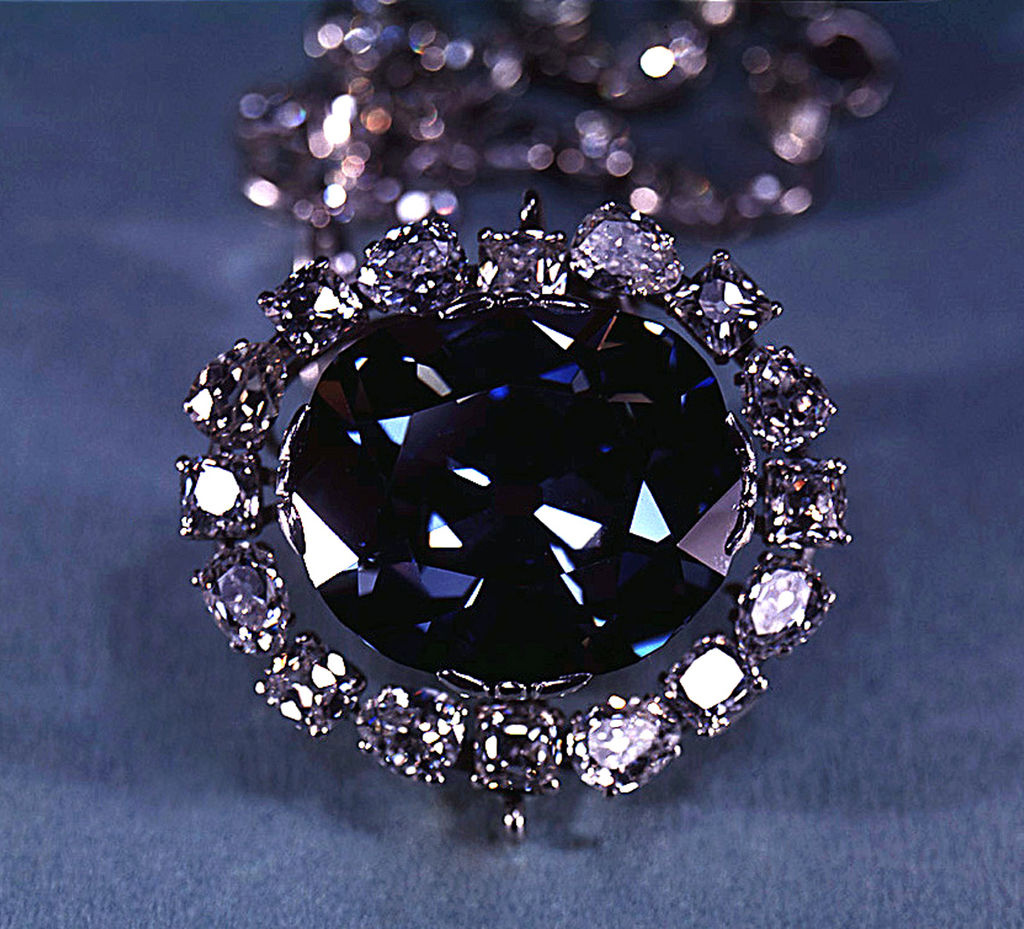 Do you know about one of the most famous and precious diamonds in the world?

Called Le Bijou du Roi (The King’s Jewel), Le Blue de France (France’s Blue) and now widely known as the Hope Diamond, is believed to have been originally mined in the Kollur mine in Golconda, India over 4 centuries ago.

The diamond has made its way to France, England and the US having passed through many hands (including several kings) by either purchase or theft and is notorious for being mysterious and dangerous.

It is said to have been cursed, causing harm to 14 of the people’s lives it touched with a dramatic history and we all love a good story. Although there are many versions of the diamond’s magnificent story, its rare and exquisite beauty remains a constant truth.

Safely housed now in the Smithsonian National Museum of Natural History, it is the most visited exhibit.

The colour is officially called

Fancy Dark Greyish Blue – the blue is due to trace amounts of boron atoms – and glows red when exposed to ultraviolet light.

Originally mined at 112 3/16 carats but having been recut and set twice is now, still an impressive, 45.52 carats

Its exceptional size was important to gemologists as it revealed new understandings about how diamonds formed.